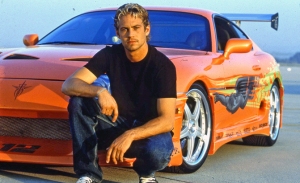 I ran some Fickle RPG recently with two one-offs in a Fast & Furious setting. If you don’t know the Fast & Furious movies you must not get out much, but just in case here is the movie series listing. Today I’m going to talk about that setting, some of the mechanical changes we used, a summary of how both sessions went, and in more detail in a separate post some ideas on car chases in general and tips to get them working in Fickle RPG.

Fickle RPG hasn’t really handled vehicles as a separate entity before. Normally they are a set piece and don’t need stats. But with a Fast & Furious theme there had to be a way to say when a car is wrecked, and doing Stamina damage to the driver’s Body or whatever just didn’t make sense.

So what I did was have everyone draw a line down the middle of the generous “current Stamina” box for Body/Mind/Soul. Then write “Body/Tires/Engine” with a value of 5 for each. By doing this the player could track the status of their character as a driver and their car. Their car could be Broken and Crushed (and as a result lose the Luck dice for rolls involving them) while the players can be unhurt. Generally the players just allocate the Stamina damage to their car in whatever section they thought fit well, since in the end it mechnically worked the same. Enemies still just had a single “car Stamina” pool that all types of rolls went towards.

We also started with a mandatory possession of a vehicle. This had to be specific, not just “car”. So we had a Jaguar Saloon XFR, a 1986 Ford Zephyr, a Subaru WRX, a BMW M240i, and a few others. Clearly some players were more knowledgeable about cars than others. Otherwise we just did 4 other possessions, with the caveat of the world being modern and law abiding, so guns would be tough to maintain, etc.

And for Skills all the players were assumed to be competent drivers, but if they were specifically good at an aspect of driving then that could be a Skill. Such as “off road driving”, or “pit maneuver”, or even a weakness like “bad at timing nitro”. Of course the usual flexibility of Fickle RPG came in for HOW the players chose to drive: were they experienced and street smart like Vin Diesel’s character (Wits), or were they trained and practiced on the subject like Paul Walker’s character (Intellect), or were they simply good drivers with fast reflexes like whoever the dude from Tokyo Drift was (Agility).

These were the only rule changes and they worked very well.

My Process for Designing a Setting

Now I normally don’t deal my thought process when creating a draft of a one-off plot. But one of my friends was interesting in running a Fickle RPG session and I thought some insight “behind the curtain” could help others.

First of all the finished Fast & Furious Setting (including a small list of driving hazards and events that I hope to expand on in the future). Another resource I created was a Random List of Chinese Names to help create memorable henchmen and other NPCs.

I started rough with the one-off outline. I literally wrote down that I wanted a highway robbery, a chase, an out of car fight/raid, and a race with eventual police involvement. I knew I’d want the story to take place in Los Angeles. And I knew I wanted a Chinese gang as the main villain since I love Johnny Tran from the first movie.

So as you can see from the finished setting document, the plot follows the exact order of my rough points above. I fleshed out the initial highway robbery to be a Hongqi CA72 limo with a pair of escort cars on a stretch of highway between San Diego and downtown LA. I opened the scene right in the action, and told the players their rough plan, instead of starting with the planning stage itself, which is a bit slower and doesn’t fit the early Fast & Furious pacing well. How the initial robbery was planned was actually interesting, because in the first one-off 1 of the players was available quite a bit earlier than the other 3, so we played out a mini-storyline specific to his character. Part of that was him getting chased in Compton, but also working with a thug to get info on the limo robbery and then figure out his own plan. That plan was used by him and the other 3 players in the opening scene. I also used the same plan with the second group of players in the other one-off. So it seemed like just a plan I had come up with, but really it was still player generated, which was a neat touch. It basically involved stringing a thick metal cable across the road, distracting the lead car, and hoping the wire could chop the top off the limo (and decapitate any occupants). Results were mixed between the two groups once the wheels hit the road, of course. 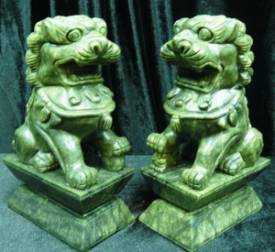 Anyway for the opening scene I had the goal of either the players succeed and steal 4 briefcases from the limo occupants, or they fail and have to show up to their fence empty handed. Inside the briefcases were 4 jade statues (of a Dragon, Tiger, Monkey, and Ox). The players didn’t know if the statues had immense value, or were a political piece, or even contained a secret stash or drugs or what. They just knew the statues would get them around $40,000 from their fence.

I thought doing fast scene transitions was important. Repairing damage to their cars from the limo robbery wasn’t a compelling or interesting thing to show. Nor was driving the rest of the way to Los Angeles with the briefcases. So when it came to game time it was pretty much “the last briefcase holder dies, annnnd now a few days later…”

For the next scene the players meet their fence in a parking garage, and successfully transfer the statues for an online bank notification that they got $10k each. So they think “job well done, what’s next?” Then as the fence is leaving he is killed by a Chinese gang who take the statues, steal the fence’s phone, and reverse the money transfer. I knew if the statues were just stolen but the players still have their money they wouldn’t be invested in chasing the gang. I also knew if the players had a chance to chase the gang they would, and it’d be tough for the gang to get away. So a 4 storey parking garage created a good buffer where they could see the fence get shot, but couldn’t get to their cars and drive down fast enough to make a fair chase of the gang.

However they do eventually figure out that the gang ran to a restaurant called Good Fortune Surprise. The first group did this by having their “tech guy” watch the escaping gang motorcycles on traffic cameras. The second group did this by racing ahead and waiting at the entrance of Chinatown to see if the motorcycles went there, and then tailing them once inside.

By this point there had been a bit of car driving, so I wanted to change the pace a bit. Which meant a slower scene where the players do get to make and execute a plan, but also have a focus on being on foot, fist fighting, etc. In both one-offs no player took a gun, which I think fits Fast & Furious well, and made for more interesting resolution beyond “I shoot ’em”.

When I create a location and raid type situation, I like to give the players interesting options and paths, without an obvious “best solution”. They use the tools and ideas at their disposal to figure out the best approach. Then I let the situation play out realistically. Often the players have such a good plan that the raid goes off without a hitch. Other times the odd wrench gets thrown in, or they fail a critical roll and chaos ensues. But the point is to empower the players to reach their goals (steal back the briefcases or at least find the thieves) in their own way, while still feeling like they weren’t “cheaped out” by arbitrary story limits.

The first group stole a seafood delivery truck to block the back alley entrance, and then talked their way into a garbage truck to crush the gang motorcycles in the front to prevent escape. The second group called in a favor and had a drive by shooting happen after flushing the gang out the back door by literally crashing a Hummer through the front.

Anyway after the raid one of the main villains escapes to a car, and the chase is on. By this point the chase has good emotional investment from the players because they’ve been robbed by the villain, they have fought the villain a bit during the raid, there are known stakes on the line, and generally they want to “get them!”. This type of investment helps keep interest and add tension to a scene.

In both one-offs the chase was the final scene, we ended up not doing the race I have written down, which was okay because a more involved and interesting chase scene seemed like a better ending.

I’m going to split this post into two, so continue reading about car chase tips in RPGs.